Welcome to the Holloway Pages 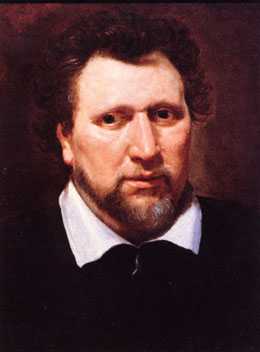 his site presents an online edition of the works of Ben Jonson (1572-1637), Shakespeare's fellow playwright and poet. These texts are being made available for educational and entertainment purposes. Although I have striven for accuracy in the transcription of the texts, I make no pretense that this is a scholarly edition of Jonson's works. Please consider these texts to be the work of a hobbyist. Copyright is retained by Clark J. Holloway. However, copies may be downloaded and distributed freely, so long as the copyright notice appears on any copies and they are distributed free of charge, regardless of format.

These texts are in the original spelling of the 1692 edition of Jonson's Works (the first folio edition to be combined in one volume), with the exception of The Case is Altered and Eastward Ho, neither of which appeared in the folios. The Case is Altered is taken from Peter Whalley's edition of 1756 (as reprinted for John Stockdale in 1811), and Eastward Ho is taken from a relatively modern text. All errors are preserved and line breaks are retained (with the exception of the epistles and arguments that have been formatted with justified margins). Broken lines due to insufficient space have been silently repaired, except where the text accommodates them by adding an indented line. Some errors in the original text, and occasional obsolete spellings, are marked by a tiny image of Jonson.

Hover your cursor over the image to see an editorial correction or clarification.

Although generally printed in two-column pages, the texts are presented here in a single column format. Column breaks are indicated in square brackets. Page breaks are indicated by a light-gray line extending across the page. Spacing has been normalized, and original letter-forms not readily available on a modern Internet browser (such as the long "s") have been modernized. The ligatures Ć and Ś have been retained (when appearing in italics, ć (ć) and ś (ś) can be virtually indistinguishable in some fonts; the technically inclined may wish to change their default font or view the source file if a question arises as to the proper character). Greek text is displayed using the "Symbol" font, so it will not display properly unless your browser supports that font. Due to the limitations inherent in the "Symbol" font, diacritical marks have been omitted in Greek text. As will no doubt be embarrassingly apparent, I have small Latin, and less Greek (none, in fact), so corrections are actively solicited, and will be appreciatively received.

Texts should appear as intended, provided your screen resolution is at least 640 X 480. Please note, however, that "Text Size" should be set to "Medium" for proper display.

Note that it is a convention of the original texts of the plays to leave the first line in a scene unattributed, the speaker being the first person named in the list of characters appearing in the scene.

I hope you enjoy your visit, and if you like, please stop by my home page to learn more about the people, places, and things that interest me.

You are visitor number